The province of Alicante needs around 150 more family doctors to solve the current collapse in health centres. Around half will be incorporated once their training is finished to replace the doctors who will retire in the coming years and the other half is the reinforcement demanded by medical and scientific organisations in the face of the structural deficit of professionals in the first level of care. The province currently has 7,700 doctors, 1,723 of them in Primary Care (3,290 in the entire Valencian Community).

In the MIR exams held last Saturday, in which Alicante was the venue, the offer for the Medicine degree was 8,550 places, 5% more than in the previous call, and the specialty with the greatest offer is Family and Community Medicine, with 2,455 beds, at a time of crisis due to the lack of doctors, especially in Primary Care, and with conflicts in various communities. 12,668 candidates aspire to them, 74% from Spanish universities and 22% from outside the EU.

The Primary Care Forum of the Valencian Community fears that the fact that the level of care in Primary Care is so collapsed is detrimental to the fact that the students who have just taken the exam choose their specialty in Family and Community Medicine despite the fact that until recently it was a favourite because of its proximity to the patient. A situation that occurred in the 2022 call, when there were a hundred vacancies to be filled throughout the country.

“The reality is that last year there were plenty of places and from one year to the next the conditions of Primary Care not only have not improved but have worsened. The opposite can also happen because sometimes the trend of the MIR fluctuates. The situation in some communities has stagnated but in Valencia it is worse. We do not venture that it is an attractive specialty, “says Federico Segura, spokesman for this forum in the Community.

We will have to wait until May to find out, since that is when the MIRs choose. Contrary to the fear within the Forum, the Valencian Society of Family and Community Medicine (Sovamfic) trusts that the attractiveness of the specialty in the Community and that of the territory itself will be sufficient, given what happened in the last call, when in some areas of the country there were vacancies, in the provinces of Alicante, Valencia and Castellón all the places were filled.

“In the Community there has never been any empty space, although it has been in the MIR call in other areas. We do not expect setbacks in the allocation of Family Medicine places in the Valencian Community,” says the president of this scientific society, Mari Ángeles Medina, who nonetheless emphasises that there is a structural need for staff in Family Medicine, which will worsen with retirement in the coming years.

The province reaches 60,000 companies for the first time with construction pulling strongly

It is something that could not even be imagined, after the strong impact that the pandemic had on the economy. But the truth is that the rapid recovery registered since the outbreak of the health crisis has allowed the province of Alicante to reach 60,000 companies, a figure never seen to date, thanks to an increase of 949 in the last year. And there, the sector that has played a more decisive role is construction, to the point of representing 45% of the new firms. The good pace registered by home purchase and sale operations, as well as the improvement and rehabilitation works of numerous properties, are having a decisive influence on this takeoff. The hospitality industry and artistic and recreational activities are also contributing to the growth in the number of companies.

The latest data published by the Valencian Statistics Institute (IVE) show that companies registered with Social Security in the province of Alicante have not stopped growing since the pandemic hit. The outbreak of the crisis led to a drop from 59,558 signatures in 2019 to 57,262 just one year later. In 2021, however, the dynamics had already changed completely, with a rise to 59,051 companies, in a trend that has been confirmed this last year, which has closed with just 60,000.

In relation to 2021, the companies that have grown the most have been those related to construction, accounting for 341 more, which have left the total figure at 6,776. The companies linked to the real estate activity have also hit a jump of 85, which has allowed them to stand at 2,126. Also noteworthy is the increase of 127 in the hospitality industry, to stay at 8,867, as well as the increase of 128 in artistic, recreational and entertainment activities, which place the total scale at 1,470. The rise registered in the manufacturing industry section has been more discreet, reaching 5,559 companies after an increase of 37, while trade remains unchanged, with 13,847. The only sectors that fell back are household activities, which lost 45 firms to stand at 1,470; agriculture, livestock and fishing, which is left 73 and accounts for 1,922; and the extractive industries, which with two fewer remain at 37.

When looking for the reasons for the strong increase in construction companies, the general secretary of the Association of Real Estate Developers of the Province of Alicante (Provia), Jesualdo Ros, refers, in addition to the good moment of home sales, to the increase in works related to the rehabilitation of buildings and the installation of solar panels that have led to the European Next Generation funds. The president of the Federation of Public Works of Alicante (FOPA), Javier Gisbert, also spoke in the same sense, who also highlighted the increase in tenders by the administrations.

For her part, the president of the Provincial Association of Hospitality Entrepreneurs of Alicante (Aphea), Mar Valera, highlights that the recovery of tourism and an autumn that has been “much better than expected” have benefited the sector.

With regard to artistic activities, the president of the Association of Contemporary Art Galleries of the Valencian Community (Lavac), Rosa Santos, confirms a return of the public to the halls after the pandemic, something in which Joanfra Rozalén agrees, of the Valencian Association of Theater and Circus Companies (Avetid), who, however, warns of uncertainty about what may happen after 2024.

Record rise in rent: these are the Alicante municipalities where it has become more expensive

Renting an apartment has never been so expensive in Alicante. Throughout the past year, the province broke its historical price record up to nine times, which led it to close the year as one of the demarcations where leases became more expensive, as a result of the reactivation of demand and a waning supply.

This is indicated by the latest report from the Fotocasa portal, which specifically highlights that Alicante was the second province where the rent increased the most, with an average increase of 24.3%, only behind Malaga, where the increase reached 25, 8%

This is a much higher figure than the rise registered in Spain as a whole, which was 7.4%, and also the figure recorded at the regional level, which remained at 15.7%, above all due to the moderation that Prices were recorded in Castellón, where they barely rose 2.6%, according to the real estate portal.

With this increase, the monthly rent that new tenants in the province must pay reaches 9.82 euros per square metre, that is, almost 786 euros for an 80-metre flat. Of course, despite the rise, the average rent is still somewhat cheaper than in the country as a whole, where it stands at 11.03 euros per metre.

The bullish race was practically generalised, although it was felt especially in the coastal areas – where the revival of tourism also raised the demand for long-term rentals for workers who depend on this sector – and in large cities.

In this way, Benidorm was the second city in all of Spain where prices soared the most, according to Idealista, with 34.7%, up to 13.23 euros per metre, which means 1,028 euros per month for a complete floor of 80 metres. Only Estepona recorded a higher increase, with 35.3%.

Regarding the reasons for the escalation, the director of studies at Fotocasa, María Matos, points to the “fury of buying and selling, the revival of tourist leasing and the measures to limit leasing have led to a further reduction in supply”. Specifically, Matos points out that the available stock in the country as a whole has fallen by 32%, “causing the imbalance between supply and demand to increase and push the price up.”

In this sense, it should be remembered that, despite the fact that the Government has promoted measures to stop the rise in rents and limit it to 2%, these only affect existing contracts, but not new contracts, where the price continues Being free.

Regarding forecasts, from the portal they consider that the economic context and the change in the mortgage cycle will put more pressure on the scarce rental offer, so it is likely that price maximums will continue to be set in 2023.

The Provincial Court of Alicante, based in Elche, has sentenced a man to four and a half years in prison for the crime of sexual assault against a ten-year-old boy. In addition, he will have to spend six years on probation and will not be able to approach less than 500 metres from the victim or communicate with him by any means for more than nine and a half years. He will also have to compensate the minor with 6,000 euros for moral damages.

The events occurred in Santa Pola, according to sources from the Local Police, which participated in the arrest of the defendant. The man, taking advantage of the friendship he had with the victim’s father and who was a friend of his daughters, invited him to sleep at his house, as stated in the court ruling to which this newspaper has had access. .

On several occasions, the convicted man took the opportunity to touch the minor and after threatening to kill his father if he told anyone, according to the sentence.

It was two years ago when the defendant went to the beach with the minor and asked him to go home, to which the victim refused, afraid of what could happen and the man started an argument in the middle of the street that set off alarm bells. . The attitude of the later detainee, as well as what happened to the child, led the agents to suspect that something unusual could be happening. For this reason, according to sources from the Local Police, they focused their efforts on locating the minor, and on clarifying the merits of the matter.

According to the court ruling, the defendant threatened to slam him into a car and kill him if he screamed, which caused two neighbours to intervene to stop the situation. As a result of that, the minor denounced what had been happening since he was eight years old. The defendant came to confess the facts, so it was not necessary to hold the oral trial. 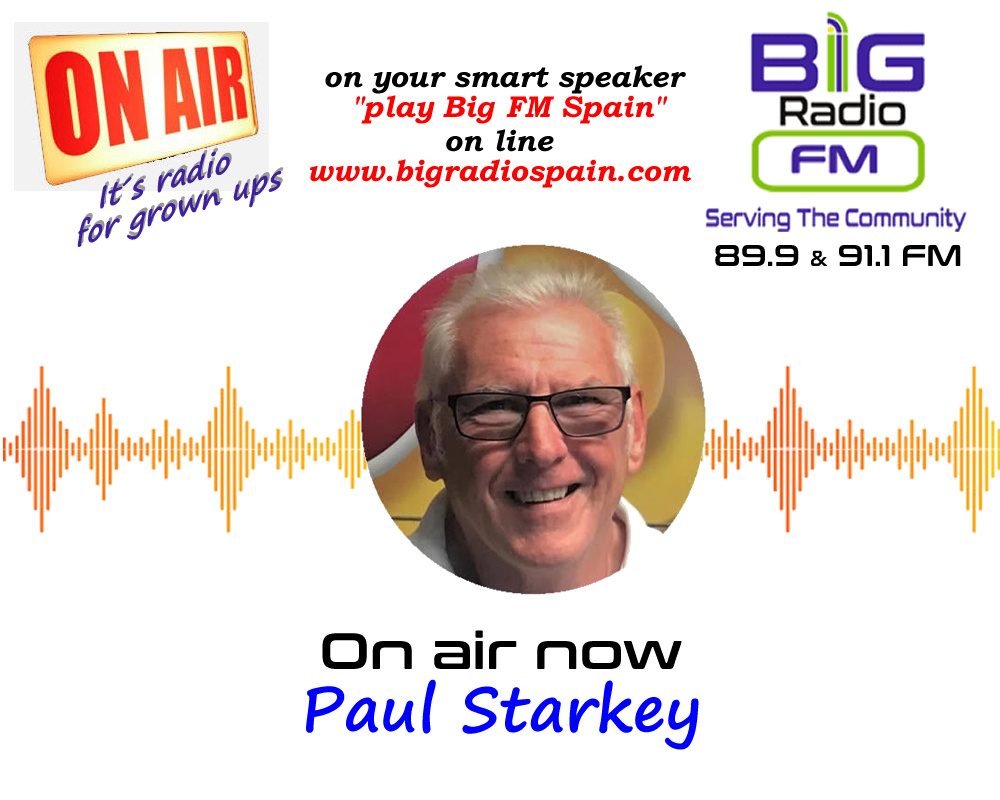