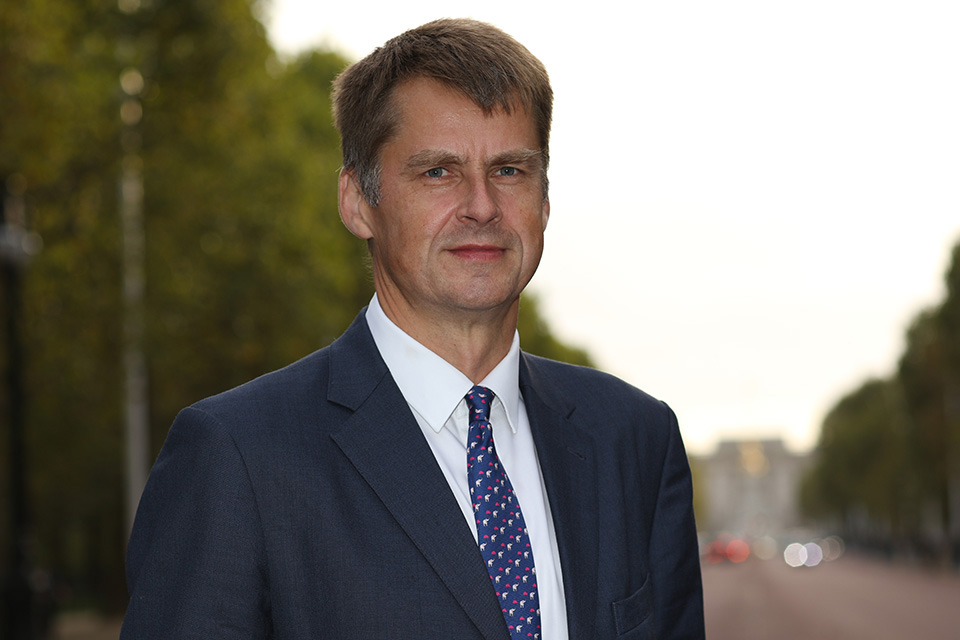 Hugh Elliott, a member of the UK’s Diplomatic Service since 1989, succeeds Simon Manley as Her Majesty’s Ambassador to Spain and non-resident Ambassador to Andorra.

The Ambassador takes up this new role having previously been Director of Communications in the Department for Exiting the European Union.

On his arrival, Hugh Elliott said: “With a wealth of cultural, commercial, and people-to-people links, the relationship between the UK and Spain is like no other, and I am proud and honoured to represent my Queen and country here in Spain.”

For the Ambassador, this strong connection with Spain has been an important part of his life for decades. “I met my wife Toñi while working as an English teacher at the University of Salamanca, Spain was my first diplomatic posting in the nineties and my two children were born in Madrid. I can understand why so many UK nationals have chosen to make Spain their home,” he said.

He added that “We are approaching an important milestone as the UK prepares to leave the European Union on 31 October”. His message was one of reassurance to UK nationals currently living in Spain that “We’ve given EU citizens living in the UK the legal certainty of their right to live and remain in the United Kingdom. And I’m very pleased that the Spanish Government has put in place, through the Royal Decree, the same guarantees for British citizens in Spain.”

Mr Elliott acknowledged that people have questions and concerns, and undertook that he and his team would be working hard to answer them. He also urged people to sign up to the Living in Guide (gov.uk/living-in-spain) where they will find the latest, accurate information on Brexit.

A video message from Hugh Elliott to UK nationals can be found at https://www.facebook.com/BritsInSpain/videos/1100205536841750/